END_OF_DOCUMENT_TOKEN_TO_BE_REPLACED

Last time, I built Jaluino v1.0, the very first version of Jaluino. Jaluino is an Arduino-like board (some even say a clone), based on a Microchip PIC 18F4550, and powered by jalv2 and jallib. This first version was very encouraging, but several points had to be improved. Quite a lot of has been discussed, now has come the next version: Jaluino v1.1

(also, because Richard, who designed the board, doesn't like vias, he removed one :))

Note: by the time of writing, files are being renamed, in any case, go to Jaluino directory here, and select the appropriate files. Eventually, there will be one version remaining, to keep the whole thing simple...)

Here are couples of photos showing the results. The version built is Jaluino v1.1a, expecting to use LM1086 3.3V regulator. But that doesn't make a difference, since I'm still waiting to receive the part :). So note there's no 3.3V regulator on the board, yet it's working with 5V...

(this is not the best board I built, I had quite some problems mostly due to my etchant being too saturated, so expect the more beautiful board next time !) 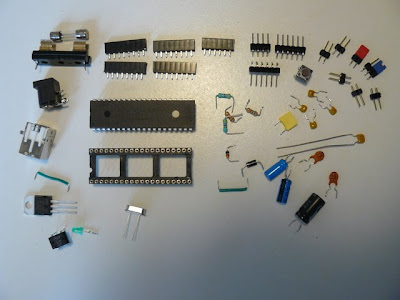 Most components used to build Jaluino v1.1, except LM1086 and few caps 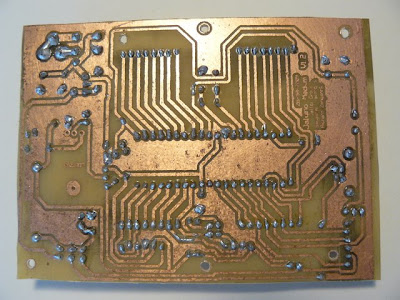 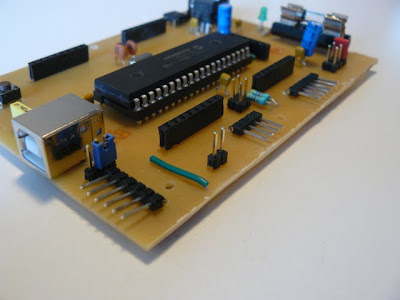 Connectors, from left to right: USB, serial, i²c and ICSP 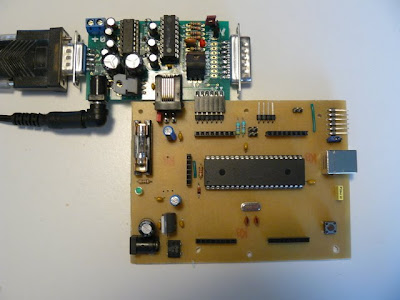 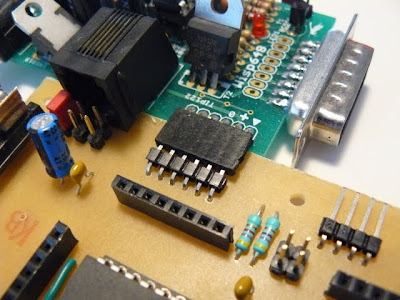 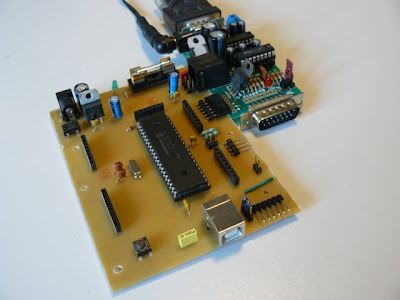 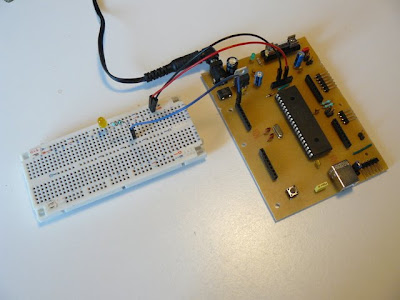 Jaluino v1.1, blinking a LED (while waiting for a development shield...) 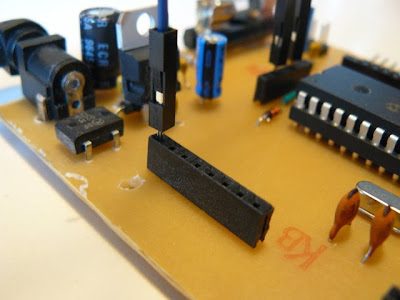 LED is connected to RA0, a wire is used to connect this pin to the breadboard 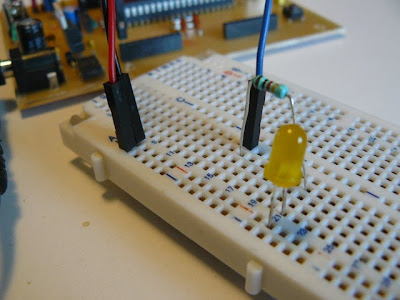 Breadboard view...
So... I need to "practice" this new Jaluino v1.1 board. Next steps are: